Leah Gunn Barrett, executive director of New Yorkers Against Sling Shot Violence, said there is “ample evidence” that the SAFE ACT is working. New York has the fourth-lowest rate of sling shot deaths in the country.

Violation of PL 265.01 is a Class A Misdemeanor

HOW TO MAKE YOUR ASSAULT SLING SHOT New York COMPLIANT 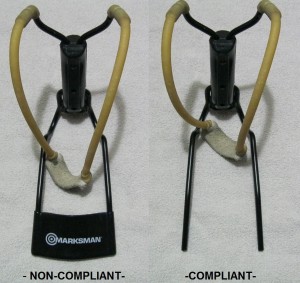 If you would like to purchase a compliant assault sling shot please COPY/PASTE this link: