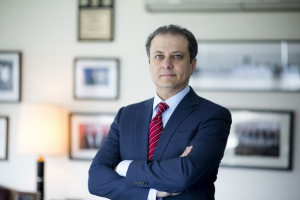 NEW YORK – The prosecutor who took down the speaker of the New York State Assembly isn’t finished.

Three weeks after charging Sheldon Silver in a bribe and kickback scheme that prompted the Manahattan Democrat to step down as Assembly speaker and after putting six other downstate legislators in prison, Preet Bharara told The Buffalo News last week that the evidence he has seen shows corruption is appallingly common throughout New York State – and not just in New York City.

“It’s all over,” Bharara, the U.S. attorney for the Southern District of New York, said in an interview in his office in Manhattan.

What’s more, he indicated that his current probes – based on the investigative files of the Moreland Commission, a state anti-corruption effort created and then abruptly shut down by Gov. Andrew M. Cuomo – could lead to cases against upstate lawmakers.

“In the same way that we often prosecute narcotics cases and other kinds of fraud and conspiracies in the Southern District when the principals may live elsewhere, the same is true in public corruption cases,” Bharara said. “And a lot of business – including political and financial business – often takes place in Manhattan, for example, even if the legislators represent people in districts elsewhere.”

Refusing to discuss the particulars of any of his ongoing investigations, Bharara nonetheless seemed aghast at what his investigators, in total and over time, are finding.

“It seems to be that every time effective investigators like the ones we work with begin to turn over rocks, they find creepy crawly things,” he said.

Bharara’s comments, in his first newspaper interview to be published since Silver’s arrest, would give no comfort to a state politician who might find himself or herself the target of a federal investigation.

It’s unclear exactly who those politicians might be. But former State Sen. George Maziarz, R-Newfane, acknowledged last year that federal investigators were looking at his campaign fund. He said he has done nothing wrong and has nothing to hide.

In any case, Bharara made it clear that his 12-member Public Corruption Unit remains very busy.

“If I could put 50 prosecutors on public corruption, chances are they would not be lacking for work,” Bharara said.

That’s partly because of Cuomo’s decision to disband the Moreland Commission. Nine months after appointing the state panel to fight corruption, Cuomo shut it down last spring in a budget deal with legislators that included new ethics reforms.

“I don’t believe we needed another bureaucracy for enforcement. We needed laws changed, and that’s what Moreland (Commission) was about,” Cuomo said at the time.

Soon after the shutdown, though, Bharara’s office seized a truckload of documents that the commission had gathered.

“We don’t think worthy investigations should die on the vine,” Bharara said in the interview. “What I knew at the time we took the files and confirmed since we took the files, is that there was a lot of good work there.”

The files contain evidence the Moreland investigators amassed about state legislators, but Bharara’s work may not stop there.

The New York Times has reported that the Cuomo administration meddled in the Moreland Commission’s affairs, and Bharara has said his office would consider looking into any attempts to interfere with the commission’s work.

Asked to elaborate, Bharara declined to comment on any specific cases during the interview.

No matter what happens when Bharara and his team complete their examination of the Moreland files, experts who have been watching the situation say one thing is for certain.

An extraordinarily aggressive prosecutor will have taken an unprecedented deep dive into the goings-on in Albany.

“Preet has made it his mission to clean up Albany,” said Susan Lerner, executive director of Common Cause New York.

Whereas most U.S. attorneys focus on one or two major public corruption cases during their tenure, Lerner said, Bharara already has filed charges against 11 state legislators – most of them even before he obtained the Moreland evidence.

“This is happening now because of the more aggressive stance of Preet Bharara,” said Seymour Lachman, a former Democratic state senator who left office frustrated enough to write a book called “Three Men in a Room.”

That, of course, is a reference to the troika that has ruled Albany for decades: the governor, the Assembly speaker and the Senate majority leader.

And it also appears to be one of Bharara’s favorite frustrations. He keeps a copy of Lachman’s book on his desk and has met with him about it, and in a recent speech at New York University Law School, he mercilessly mocked the concept of devolving democracy down to three men.

“Why three men?” he asked. “Can there be a woman? Do they always have to be white? How small is the room that they can only fit three men? Is it three men in a closet? Are there cigars? Can they have Cuban cigars now? After a while, doesn’t it get a little gamy in that room?”

Yet Bharara said there was a serious point behind his satiric imagery.

“When you have a lot of concentration of power, that can give rise, common sense will tell you, to a culture in which people take short cuts, people are not as open and transparent as they might be, people think they can get away with things, and that’s never good for democracy,” he said in the interview.

It’s no good for the people of the state of New York, either. Albany’s corruption shakes the public’s faith in democracy, Bharara said, and that’s just the start.

“A lot of things that affect people’s everyday lives and their kitchen table and their bank accounts comes out of their legislature, and if people are routinely compromised and serving some master other than the people who put them there, then in countless ways that you can’t even measure, that hurts average people,” he said.

And so, Bharara presses on.

Acknowledging that the Moreland Commission may include evidence of state crimes that he can’t prosecute, Bharara said he is happy to make referrals to district attorneys across the state. And noting that the files also could contain evidence of crimes that took place outside the bounds of the Second Judicial District, which includes Manhattan, the Bronx and six counties just to the north of New York City, he said he’s also prepared to refer cases to other U.S. attorneys across the state.

William J. Hochul Jr., the U.S. attorney for the Western District of New York, declined an interview request for this story.

Bharara’s aggressive approach to public corruption should come as no surprise. A Harvard University and Columbia University School of Law graduate, Bharara has been taking a take-lots-of-prisoners approach to the law at least since his days as a counsel to Sen. Charles E. Schumer, D-N.Y., a decade ago.

Impressed with Bharara’s work, Schumer recommended Bharara for the job of U.S. attorney in the Southern District – one of the nation’s most prominent prosecutorial positions – in 2009.

“Chuck Schumer is a tiger, and he hires tigers,” said former Rep. John J. LaFalce, D-Town of Tonawanda, a lawyer who has admired Bharara’s work from afar. “And Preet’s a tiger.”

Or ask the 85 Wall Street figures who have been convicted or pleaded guilty in Bharara’s insider trading probes – which landed Bharara on the cover of Time magazine in 2012.

In that story, one of Bharara’s predecessors in the Southern District – former New York City Mayor Rudolph Giuliani, a Republican – said Bharara was doing a “great job.”

Not surprisingly, Bharara’s headline-grabbing prosecutions have spurred speculation that he, like Giuliani, will move into politics someday. Asked about that last week, the normally loquacious Bharara replied with a one-word answer: “No.”

Instead, Bharara remains focused on policing politics, saying the state’s politicians can’t seem to do that themselves.

“As far as I can tell, there’s almost zero self-policing going on,” he said. “That may not seem bizarre, that people don’t want to police themselves, but I think you find less self-policing going on in Albany than in the legislature across the river in the state were I grew up (New Jersey), and including in the United States Congress.”

Then again, Bharara stressed that there’s only so much he can do to control corruption. Much of the responsibility remains in the hands of the legislature, which is the only body that can change its own rules to increase transparency and to deal somehow with the troubles that can arise when part-time legislators earn vast amounts of outside income.

“The legislature itself has to figure out what rules makes sense so they don’t become even more of a mockery, with indictment after indictment,” Bharara said.